Fighting with the Hero 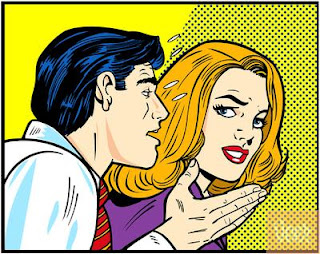 I’m battling with the hero of my second book. I never wanted him to be the hero. Before I started the first book, I had five characters in mind: three women who had been almost life-long best friends and the ex-husband and the brother of one of the women. I knew that woman #1 would be paired with her ex and that woman #3 would be paired with her friend’s brother, but I didn’t have a hero for woman #2. As I was writing Book 1, I decided a secondary character (a good-looking, successful doctor) would make an ideal hero for woman #2.

There was another secondary character, one whom I saw as the bad boy of my story and a foil for my beta hero. Bad Boy was a bit of a jerk—smart-mouthed, full of himself, and an irritant to the hero. I didn’t like Bad Boy much, but I wanted to know why he was such a pain. I discovered he had a secret, and discovering his secret made him a jerk who deserved a little sympathy rather than an unmitigated jerk. About the time of this change, I wrote a scene that just seemed a gift from my muse. You need to understand that my muse has ADD, and her help is sporadic at best. But this day she was generous and focused, and she gave me a lovely little scene in which the jerk baited woman #2 before he gave her a message for the book’s heroine.
Meanwhile, it was becoming clear that the doctor wouldn’t work for woman #2. She was avoiding his calls and yawning in his face. And she kept eyeing Bad Boy, who kept inserting himself into scenes where I was sure he didn’t belong. I kept cutting these scenes, but he was persistent. Finally I gave in. He became the match for woman #2. I have been fighting with him ever since, and I hate fights.
In an effort to better understand him, I gave him a personality test, sort of Myers Briggs lite. He turned out to be an INTJ (Introverted-Intuitive-Thinking-Judging). Such types are variously known as Masterminds or Strategists. They are stubborn and critical of the status quo, have little interest in other people's thoughts or feelings, are quick to express judgments, have a vision of the future, like to be in control, and often come across as arrogant. That’s an impressively accurate description of Bad Boy.
I, on the other hand, am an INFP (Introverted-Intuitive-Feeling-Perceiving), as is woman #2. INFPs are termed Healers or Dreamers. They are sensitive and caring, make choices based on personal values, are uncomfortable with hard facts and logic, have a great need for harmony and strive to avoid conflict, and often are perceived as ignorant of reality.
Small wonder Bad Boy won’t behave as I, and the heroine, want him to. But at least now I understand him better, and my head is filled with possibilities for new conflicts between him and his heroine.
How much credence do you place in personality tests? Do you know your MB type? Have you ever thought about typing fictional characters, either those you have created or those you encounter in your reading.
Posted by Janga at 11:44 PM 10 comments: 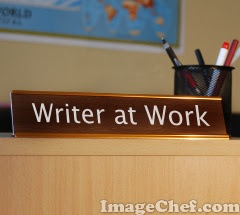 I am blessed to be part of a group of writers who serve as readers, cheerleaders, advice-givers, and all-round support system for one another. These women, some newly published, some soon-to-be-published and some yet-to-be-published, are honest, smart, funny, caring, and young. That last quality may seem irrelevant, but I see it in neon letters as bright as a Vegas marquee because it is the quality that separates me from my writing friends. I think they would describe me as honest, smart, funny (at least occasionally), and caring. But no one can truthfully describe me as young.
Sometimes I fear that difference diminishes my chances of succeeding in the genre we all love. The romance writers I know who belong to my generation are genre stars who have been publishing for decades, not aspiring novelists hoping for a contest win or a call from an agent.
I’m all too conscious of Time’s winged chariot, and I admit there are days when the writing is not going well that my age becomes an excuse to give up on the dream. My inner critic rants not only about the lack of plot and the ineptitude of my writing but also about the futility of a woman of my years trying to break into romance. I think longingly of the time when I was only a reader of romance fiction and limited my writing to genres I could reasonably expect to be unaffected by my years.
Imagine my surprise when I read that Pearl Wolf, whose debut romance novel, Too Hot for a Spy, was published by Kensington in March of this year, is 79. Wolf has a second Fairchild novel scheduled for release in 2010 and four more books in the series planned. Reading her story revealed my concerns for the pitiful excuses they were. Thomas Edison famously said, “None of my inventions came by accident. I see a worthwhile need to be met and I make trial after trial until it comes. What it boils down to is one per cent inspiration and ninety-nine per cent perspiration.” Ms. Wolf provided the inspiration. Now I’m perspiring heavily as I struggle with a synopsis and query letter, and I’m saying here in my very first Just Janga blog in front of you and God and everybody that by summer’s end I will be querying for The Long Way Home and be well on my way with Book 2.
Have you ever found inspiration unexpectedly?
Posted by Janga at 9:54 PM 20 comments:

Email ThisBlogThis!Share to TwitterShare to FacebookShare to Pinterest
Labels: inspiration, musings on the muse, Writing
Newer Posts Home
Subscribe to: Posts (Atom)
"Books help us understand who we are and how we are to behave. They show us what community and friendship mean; they show us how to live and die." — Anne Lamott (Bird by Bird: Some Instructions on Writing and Life)