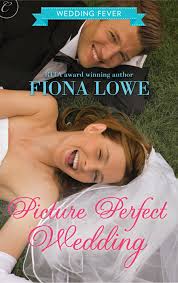 Erin Davies dreams of owning her own studio, seeing her photographs in bridal magazines, and winning a coveted award. All of these things may well be in her grasp if only every detail comes together perfectly for the very expensive wedding of one demanding client who has  decided that she wants a field of sunflowers in Whitetail, Wisconsin, as the backdrop for her wedding photographs. The only problem is that the farmer who owns the field keeps saying no to the request to use his field. But Erin is determined that one stubborn farmer will not block her dreams. She sets out for Whitetail in her vintage vehicle with a sexy-voiced GPS and an unshakable conviction that one stubborn farmer will not prove an insurmountable obstacle.

Luke Anderson has enough on his hands managing the family farm that has been his responsibility since his father retired six months ago and left him in charge. Not only is his work load relentless, but being the decision maker is just not bringing Luke the peace and satisfaction that he thought it would. He is where he has wanted to be since childhood, but he has an empty feeling, as if there should be something more. He doesn’t need some city-girl photographer and her bridezilla client complicating his life. His refusal is to rent out his sunflower field is non-negotiable.

Their first meeting leaves Erin frustrated with the intransigence of one grouchy farmer who is too sexy for her comfort and Luke eager to see the last of the airhead city girl whose curves make him all too aware that he’s been celibate too long. Scientists may insist that in our universe there are no irresistible forces and no immovable objects, but romance writers know that in the dimension of emotions, the paradox can certainly appear to be true. And when it occurs, things get interesting—and explosive. With Erin Davies and Luke Anderson in one small community, Whitetail, Wisconsin is about to see some fireworks.

Picture Perfect Wedding is the second book in Fiona Lowe’s Wedding Fever trilogy, following Saved by the Bride (April 2013). Whitetail is an appealing community filled with interesting characters who are devoted to their city and to taking care of each other. Luke is one of their own, and they welcome Erin both because they need her photographic skills for the wedding business that is putting Whitetail on the map and because they value her warmth and creativity.
Watching Erin and Like skirmish and flirt and fight a losing battle against this backdrop is a delight. But despite the fun and games, hearts and lives are on the line, and both Erin and Luke have real issues that must be resolved before they find their way to the HEA. It’s not surprising, given that Luke has the foundation of a stable, loving family, that his issues should be less complex that Erin’s.

I really enjoyed the details about Erin’s photography and Luke’s farming. The jobs of these characters were not just necessary inclusions but vital parts of their identities. I also like the context of family dynamics in my romance novels, and Lowe provides rich contexts with conflict and power struggles even with a family in which all the members really do love one another, and she includes a villain who is completely believable because he is not evil personified but rather a man whose weakness and greed are greater than his desire to do the right thing. The relationship between Erin and Luke is sizzling hot with good measures of humor and sweetness.

The secondary romance between widow and Whitetail wedding planner Nicole Lindquist and Tony Lascio, the town’s new fire chief, adds another layer of sexy sweetness, although it provides my only major dissatisfaction with the novel. I would like to have seen their story more fully developed--perhaps in their own book, or at least in a novella. I thought they deserved more than the rushed treatment.

Picture Perfect Wedding didn’t prompt me to send emails recommending it to friends as Lowe’s RITA-winning Boomerang Bride did, but it is a terrific addition to any contemporary romance collection. If you like small-town contemporary romances with heat, humor, and heart-winning characters, I think you will enjoy it as much as I did. I recommend this book.

Boomerang Bride was the first book I read by Fiona Lowe, and it’s freshness and mix of character-based humor and credible complexities impressed me. Perhaps unfairly, I will probably always measure her books by that one. Has the first book you read by an author ever set a standard that subsequent books could have difficulty meeting?
Posted by Janga at 12:00 AM

I have BOOMERANG BRIDE but haven't had a chance to read it yet. I really need to investigate that quiet island.

Tessa Dare, Kaki Warner and Meredith Duran all captivated me with their first books and left me wondering if subsequent books would be able to match them. Thankfully, these three just keep getting better with each book they write!

PJ, I think you'll like Lowe's books. If you find that quiet island, please share the directions. :)